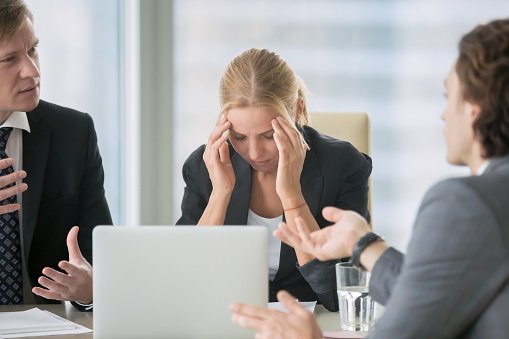 The initial costs of workplace violence may come and go in the space of a week or two, but once the bills for trauma care, funerals, and grief counseling get paid, a new set of costs starts taking its toll.

These costs are considerably more difficult to quantify — much less anticipate or prevent — because each incident springs from the unique conditions of an individual workplace. Here is a look at some of the most common hidden costs we’ve identified from our experience helping companies manage the risks of workplace violence:

The U.S. Department of Labor estimates that workplace violence costs 500,000 employees 1.2 million lost workdays every year. And that’s just one part of the lost productivity.

Think of all the ways a violent incident disrupts cash flow and productivity in the workplace:

Revisiting the scene of a traumatic event can trigger powerful emotional reactions that make it impossible for people to concentrate on their work. That, in turn, can motivate employees to find a new job after an outbreak of violence at work.

The Society for Human Resource Management (SHRM) estimates the average cost of hiring an employee at about $4,000 (a number that varies widely depending on the industry and the type of job). And it takes an average of 42 days to fill an open position, according to SHRM.

Piling extra work on co-workers for 42 working days — more than eight weeks — can’t help but hurt their productivity and force them to cut corners in ways that undermine trust with customers and clients.

A single toxic employee who bullies or intimidates can ruin the work experience of multiple colleagues — threatening their ability to thrive in their work and succeed in their careers.

Many employees feel reluctant to rock the boat, and some are simply afraid to do anything about threats of violence they see every day. Beyond the moral component of allowing violence to persist in the workplace, there’s a practical reality: The most talented employees with the most in-demand skills have no reason to put up with an atmosphere of violence or threats.

Whether you’re putting extra guards on staff or installing a 24-hour surveillance system with high-definition cameras, security costs can start to sneak up on you.

And those are only the direct costs. Developing a thorough workplace violence program requires implementing a system to investigate incidents, document warning signs of troubling behavior, train your staff on violence reduction and response, and empower co-workers to report on risks without fear of retaliation.

All those efforts take time away from core business tasks, which adds another hidden cost.

Survivors of violence can develop post-traumatic stress syndrome (PTSD), much like those who live through combat or grow up in dysfunctional households. That can mean months, years, or even decades of therapy, depending on the individual.

Employers may count themselves fortunate to be responsible only for the therapy costs of a violent incident. If they are found negligent and ordered to pay pain-and-suffering damages after a lawsuit, the expenses could explode.

And there’s a moral cost of trauma that transcends monetary concerns. People care about their co-workers and naturally want to protect each other from harm. Conscientious employers, therefore, give serious thought to addressing workplace violence risks.

Property damage and Business Interruption is another potential loss with workplace violence. A lone attacker with a knife or gun might cause only trivial damage to property. But an attacker could drive a truck through a building, start a fire, use explosive devices and cause losses in the millions of dollars.

An argument gets noisy; a colleague at the next desk hangs up the phone in tears. Everyday incidents involving spouses, family members, and workers who are facing conflict often signal deep-seated animosities that can culminate in violence.

Formulating a program to flag these threats and respond before things get out of hand is worth every penny. And the cost will be minimal compared to an outbreak of violence.

Take time with your agent to make sure you understand any exclusions in your coverage so you don’t end up with nasty surprises in the middle of a crisis.

Unfortunately, prevention isn’t always enough. For those times, McGowan Program Administrators has developed Active Shooter/Workplace Violence Insurance coverage that can defray the monetary costs of these risks. Talk to us today about reducing your workplace violence risk.