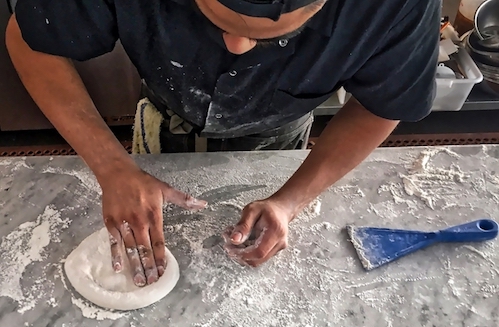 What was until recently one of the fastest-growing restaurant chains in the U.S. and a poster child for the organic food movement is finding itself mired in a battle against food-borne illness.

“Liability and umbrella insurance coverage are essential for restaurant operators.”

After a string of contaminations sickened hundreds of diners in 2015, Chipotle Mexican Grill may be seeing yet another resurgence of the problem. Bloomberg reported that more than 130 people now claim to have fallen ill with norovirus after eating at the same Chipotle location in Sterling, Virginia. The store was closed July 17 as a result, reopening two days later. The next day in Dallas, Texas, reports came in from a local NBC affiliate that customers at a Chipotle there had seen “rodents dropping from the ceiling [and] skittering across the floor.”

In what seems to have been a one-two punch to the chain’s already fragile reputation, the company’s stock price fell for the fifth straight day as of July 20, reaching the lowest level since the last outbreak of customer illness. These challenges serve to underscore the importance of liability insurance and umbrella coverage for restaurant owners and operators.

A key issue in preventing outbreaks of food-borne illnesses like norovirus and E. coli is their prevalence. The Centers for Disease Control and Prevention estimates that at least 19 million Americans are stricken with norovirus every year. That leads to millions of hospital visits and as many as 800 deaths from the virus. But norovirus is only one of the countless types of pathogens that tend to infect people through food. All told, the CDC estimated 48 million people get sick from food-borne illnesses each year in the U.S., accounting for as many as 3,000 deaths. 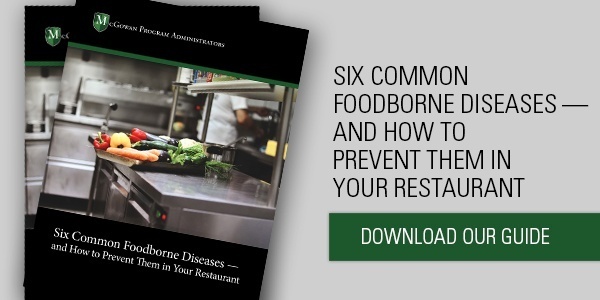 Digestive system infections are generally only a minor health concern for the majority of Americans, but they are often extremely contagious and dangerous to certain populations. Serious illness or death caused by diseases like norovirus and E. coli tend to be concentrated in the very young, the elderly, and those with compromised immune systems. But even a minor outbreak of one of these pathogens could result in many days of discomfort and missed work, making it a significant public health issue.

The virulence of food-borne illnesses also makes them hard to prevent in food service settings. Since the widespread 2015 outbreak, Chipotle has closed numerous stores and undergone extensive campaigns to clean work surfaces and prevent future outbreaks. However, as evidenced by these recent events, the bacteria and viruses responsible may still slip through the cracks. That results in additional expenses litigating the issue, not to mention further decreases in stock value and brand reputation.

It’s important for all restaurants to follow all health and safety codes required of them, and this will usually prevent the majority of food illness outbreaks. However, when mistakes happen, it pays to have all bases covered. McGowan Program Administrators offers restaurant owners several insurance products and packages tailored to their specific needs. This includes coverages for general liability, liquor liability, and property damage valued at up to several million dollars each. In addition, owners can choose umbrella coverage to add even more headroom to cover legal fees, employee liability, and much more. This full range of restaurant coverage is made possible through McGowan’s Power of the Pen, allowing businesses to find insurance policies that fit their exact specifications.

Restaurant owners should not be concerned about things they can prevent. Look into how choosing the right insurance coverage can make the difference in your business.