Maintaining a secure and profitable endeavor is a primary concern for any business, especially restaurants. Shops in the food service industry rely on customers’ trust more than anything, and doing something to damage that trust can be disastrous for a restaurant. This is especially true in our modern age of instantaneous communication and constant social media updates. Even if the restaurant has technically done nothing wrong, not meeting customers’ expectations on advertised offerings can ruin a company’s carefully constructed brand and reputation.

The legal wrangling over cheese sticks
Recently, a patron of a McDonald’s restaurant filed a lawsuit alleging the fast-food chain falsely advertised the ingredients and composition of its newest offering, mozzarella cheese sticks, CNN Money reported. According to the lawsuit, the plaintiff, Chris Howe, claims McDonald’s misled customers into believing the cheese sticks would contain actual 100 percent mozzarella cheese. However, Howe contends that snacks not only barely contained any cheese in the first place, but what little cheese there was in the sticks was mostly filler.

“Disgruntled customers have been posting pictures to their social media accounts of the disappointingly hollow sticks.”

As BuzzFeed noted, patrons of the Golden Arches have been complaining about the lack of cheese in the sticks since at least September. These disgruntled customers have been posting picture after picture to their social media accounts of these disappointingly hollow sticks.

According to the American Bar Association Journal, the suit alleges the plaintiff had tests performed on the sticks which showed that starch accounted for 3.76 percent of the cheese portion of the sticks. While the complaint does not indicate how the cheese sticks were tested, if correct, this would be above the limits for water and starch allowed by the U.S. Food and Drug Administration.

In its defense, McDonald’s claims it still uses 100 percent mozzarella, and that any hollow sticks were the result of the cheese melting out as they were cooked and should have not been served. The fast food chain intends to defend itself vigorously in the lawsuit.

Truth in advertising
Whether or not the amount of mozzarella in the cheese sticks will be insufficient to warrant a payout for the alleged damages, McDonald’s may very well face a long, drawn-out court battle over the veracity of its advertising. While the international fast-food chain has deep enough pockets to pay a team of lawyers to fight this legal battle, most restaurants do not have this kind of capital.

The main issue in the lawsuits revolves around what McDonald’s advertised their cheese sticks as having, and what customers received once they purchased the snack food. If the plaintiff’s testing reveals the cheese in the sticks to be comprised of more starch and water than advertised, then the Happy Meal purveyor might potentially face a significant backlash and serious legal liability.

While some general liability insurance provisions might cover false advertising claims, restaurants must do their best to avoid these types of potential scenarios. The insurance may cover the costs associated with the lawsuits, but there’s no insurance for the damage done to the company’s brand and reputation, which will ultimately take a beating, even if the restaurant is eventually vindicated in the court of law.

“How restaurants describe their food matters.”

To avoid this sort of litigious retaliation from an upset or disgruntled customer, restaurants must be careful in how they advertise their offerings, paying special attention to the way they describe their food.

One way restaurants cans avoid product liability claims is to ensure everything mentioned in the advertisement is as truthful as possible. This is especially true if a promotion includes claims about food allergens or being gluten free. As noted by the Houston Chronicle, it’s best to eliminate any puffery in advertising, or puffing up an item with loaded terms to make the product seem like more than it is. While puffing up an item isn’t technically illegal, it can certainly lead to some legal quagmires if a restaurant employs its usage too much.

For instance, using subjective superlatives such as the “best” or the “the freshest” or “tastiest” to describe a product is a form of puffery in advertising. No one can truly measure or gauge the accuracy of these words, but these can lead to a slippery slope. Similarly, too much hyperbole and exaggeration can also be walking a fine line between truth and deception. A line like “the world’s best cup of coffee” is so beyond belief that no one will likely sue to prove whether it’s true. However, making a claim that the coffee is “award winning” when it actually hasn’t won any awards can open the door for a potential lawsuit.

Having the right coverage
Although restaurants can do their best to avoid misleading advertisements, no matter how carefully they try, there is always the risk that a customer will feel deceived and seek out compensation for any alleged damages. In a situation like this, it’s important that restaurants have the right protections in place to cover any legal fallout. While the claim against the $1.79 cheese sticks might not seem like a big number, the plaintiff has placed a $5 million tag on the settlement.

Brokers who partner with McGowan Program Administrators gain access to our premier restaurant insurance division products. With our “Power of the Pen,” McGowan crafts uniquely tailored umbrella liability policies for restaurants of all shapes and sizes. Having to worry about the daily operations of your business is already a full-time role, and restaurant owners and managers shouldn’t have to add extra worries about a potential lawsuit. 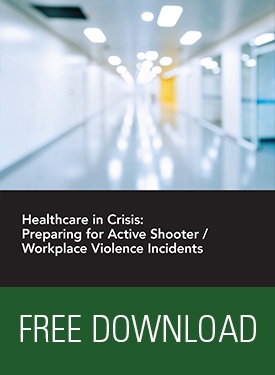