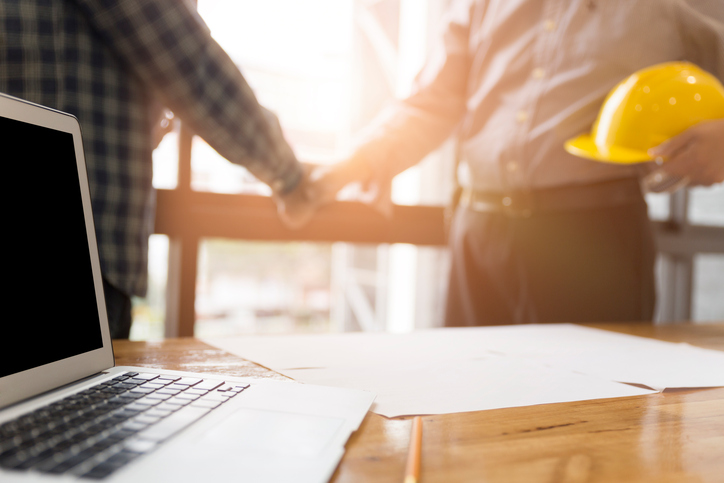 After all, pollution and contamination trigger expensive lawsuits against contractors. A commercial general liability (CGL) policy that excludes pollution coverage could leave contractors on the hook for damages from:

Contractors need protection against these liabilities, but they cannot count on their

CGL policy to protect them because they often contain explicit pollution exclusions.

All businesses need CGLs because accidents happen and even the most prudent workers make mistakes. Contractors can also often become liable for damages without negligence.

Imagine a dig at a former industrial site. An excavation contractor’s backhoe operator hits a rusty old storage tank and releases a cloud of toxic gas. The gas leak sickens a 25-year-old member of a survey team nearby. The surveyor has a rare lung condition, ends up in a coma for seven weeks, and suffers permanent disability.

For the sake of argument, it’s entirely possible the excavation contractor did nothing wrong and followed appropriate dig safe standards. The backhoe operator had years of experience and an unblemished accident record. Every safety protocol was followed to the letter.

Arguably, there’s no negligence because the excavation contractor did everything right and could not have anticipated the buried tank full of toxic gas, much less accounted for the risks. Nevertheless, the contractor’s actions caused the surveyor’s disability. Therefore, the contractor could be liable for the surveyor’s medical costs and lifetime of lost wages.

A pollution exclusion in the excavation contractor’s CGL policy may explicitly exclude paying this kind of claim, but the contractor may still be legally obligated. 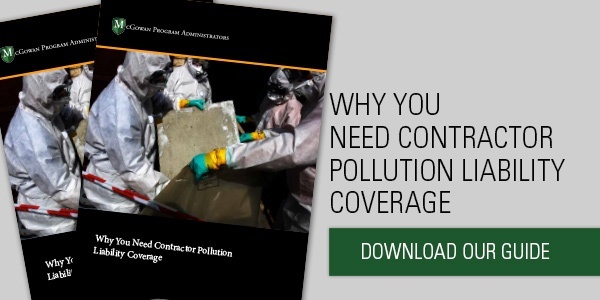 Pollution exclusions started appearing in the 1970s after new environmental laws required businesses to pay for pollution cleanup costs. Pollution ignored for decades suddenly became the responsibility of polluters and, by extension, their insurers.

Insurance companies balked at the potentially stratospheric costs of cleaning up a century’s worth of pollution, so they started implementing pollution exclusions in their policies. (More background in this article from IRMI, the International Risk Management Institute.)

While much of the attention during this time was on owned sites and site contamination, CGL policies across all industries were impacted by the Total Pollution Exclusion. Meanwhile, contractors continued to encounter pollutants in the course of their work that triggered liabilities like the ones we’ve outlined here. In order to fill this gap in coverage, environmental insurance markets were created.

Filling this gap, insurers write specific environmental policies for contractors that include coverage related to a pollution event for:

This coverage can help a broad spectrum of contractors in fields such as:

Clean Fill for Contractors: When is Clean Actually Clean?