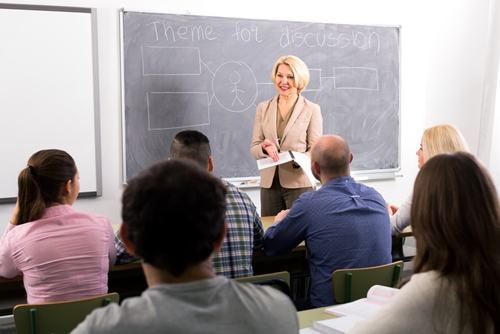 No matter how many precautions are put into place and how many safety policies are implemented, the sad reality is that it can be difficult and sometimes even impossible to truly prevent an active shooter incident.

Schools have long been bastions of enlightenment and safety for children and young adults across the country. However, a disturbing trend has arisen in the past 10 to 15 years that has unfortunately made educational institutions, and the people studying, working and visiting these facilities, a prime target for active shooter incidents.

Brokers and agents writing policies for schools and other educational institutions must work with these clients to ensure that administrators and staff are taking all the necessary precautions to avoid any instances of active shooters and have policies in place for responding to one if and when it does happen.

The sad reality about active shooters at schools

In 2013, Everytown Research began tracking gunfire in schools and at college and universities – and over the next three years identified qualifying incidents, including fatal and nonfatal assaults, suicides, and unintentional shootings.  Between 2013-15 Everytown identified 160 school shootings across 38 states. Nearly 53 percent of the identified shootings took place at K-12 schools, and 47 percent took place on college or university campuses.

In 95 incidents – over half – the perpetrator(s) intentionally injured or killed at least one other person with a gun. In eight of those incidents, the shooter then shot and killed him or herself; in 20 separate incidents, the shooter attempted or completed suicide without first attacking someone else. Twelve shootings were purely unintentional in nature, and in 33 other incidents, a gun was discharged but no one was injured.

To put things on perspective, according to the most recent data from the U.S. Department of Homeland Security between 2000 and 2013, a total of 160 active shooter incidents took place throughout the country.

DHS noted that according to research conducted by the U.S. Secret Service in conjunction with the U.S. Department of Education, individuals who would go on to cause an active shooting event engaged in the following pre-incident activity:

In the event that one of these incidents occurs, staff members at educational facilities need to ensure they have the resources, training and means to effectively attempt to defuse this tense situation calmly and professionally without escalating the danger quotient or causing harm to anyone. Although this can be a difficult task during a scary time, there are ways to ensure these individuals have the means and methods to handle a scenario as frightening as an active shooter incident.

Keeping everyone safe – from students to staff to guests – is a primary concern. It’s imperative that schools enact safety training for teachers and administrators, so they’re prepared in the event an individual opens fire. In addition, any evacuation that needs to happen, must occur safely and orderly. One of the worst, but most likely, things that can happen during this time is that chaos erupts, leaving teachers and administrators unable to maintain order.

No matter how many precautions are put into place and how many safety policies are implemented, the sad reality is that it can be difficult and sometimes even impossible to truly prevent an active shooter incident. When one of these horrific situations arises, educational institutions need to have the proper protections in place. The fallout from an active shooter incident can be extremely costly, as lawsuits and claims pile up against the school, whether for negligence or liability.