An Analysis of School Violence and Threats

Home » Blog » An Analysis of School Violence and Threats

A look back on the past year wouldn’t be complete without acknowledging a growing and alarming trend. While violent crime may be down in many areas of the country, a specific segment of mass violence is on the rise – school shootings.

In the aftermath of these tragedies, attention shifted to gun-related issues, legislation, law enforcement shortcomings, and some potential solutions. However, a more comprehensive approach to both violence prevention and response must be created and moved to the forefront of the discussion.

Grasping a broader understanding of school shootings is the first step in creating awareness and developing a comprehensive strategy for prevention and response. The Educator’s School Safety Network (ESSN) is a nonprofit organization dedicated to creating training and resources for school safety. The organization has released its most recent, comprehensive and accurate statistics on school violence. Here are some of the organization’s key findings:

During the 2017-2018 school year, 3,659 threats and incidents of violence took place in American schools. The ESSN has defined a threat of violence as “an expressed intent to do harm.” 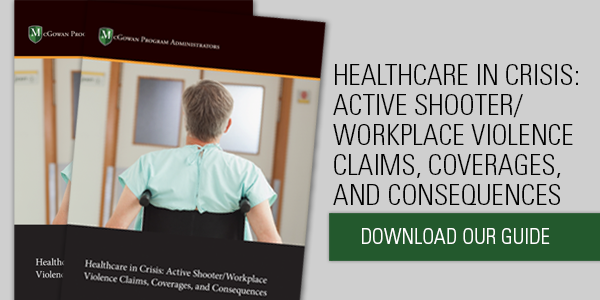 As far as school shootings are concerned, the report details a remarkable increase. For reporting purposes, a shooting incident was recorded when a gun was deliberately shot on a school campus with harmful intent.

In 2017-2018 there were 35 school shootings – a 30% increase from the 2016-2017 school year. If a weapon was fired on school grounds, but without an intent to do harm, the incident was not counted as a targeted shooting. Still, both types of incidents – gun discharges and shootings – increased last year.

The shortcomings of one-off prevention measures and traditional law enforcement

Responses to school violence have included a variety of prevention measures. Eager to solve the problem, officials have implemented everything from bulletproof whiteboards to the installation of metal detectors, but the statistics continue to trend upward.

As the ESSN report explains, such measures are useful only in a single event, and they don’t include comprehensive emergency and hazard training which would prepare staff to respond to a variety of possible threats.

While school resource officers are often tapped as solutions to the rise of school shootings, law enforcement training doesn’t translate well to an education system. For law enforcement officers to be effective at mitigating violence in schools, they too need specific training in prevention and response in educational environments.

Educational institutions face a unique challenge with the rise of school violence. When violence occurs in a school, learning stops. Even the threat of violence has implications, as research indicates if students feel violence may happen, learning declines and emotional security is diminished.

Lack of training across all channels

Attempts at stopping the growing violence in America’s schools are well intended but may be misguided. Some school officials lack even the basic tenants of an effective response plan. There are no codified threat assessment measures, no best practices and procedures, and a glaring shortage of safety training for educators.

A proper response can begin with the distribution of authority. Despite the presence of administrative leadership and law enforcement, teachers and support staff are often the first responders in school violence incidents. As such, they should be given proper authority and training in emergency management.

When it comes to curbing violence in America’s school, proper training and management of all key players are imperative. Authority must be allocated to teachers and support staff, not only the upper echelons of the administration.

McGowan is a pioneer in active shooter risk management solutions. We understand that a complete approach to curb school violence involves both prevention and response. McGowan’s programs are designed by the most seasoned crisis management underwriters to offer financial and emotional support day one from an incident. To learn more about risk management in educational settings, check out our eBook: Active Shooter/Workplace Violence Insurance and Risk Mitigation for Educational Institutions. 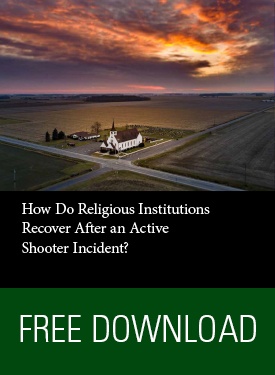